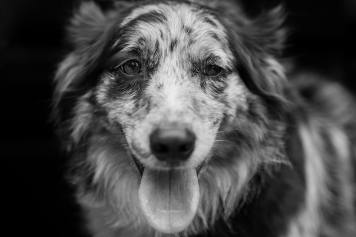 Pacer (aka Supergirl) is a  Australian Shepard (Blue Merle to be exact) fur child. She was born on a farm in North Carolina and has since lived in Ohio and Colorado. Pacer is energetic, adventurous, and spunky fur ball of love. According to a trainer, she is also a “invasive player”, meaning that when the other pups had enough play time, Pacer will often invade their space and try to keep on playing.  “No” and “enough” are not her favorite words.  Like most Aussies, she is quite intelligent, maybe too intelligent for her own good as she often mimics a rebellious teenager.  She earned her nickname “Supergirl” while thru-hiking the Colorado Trail with her girl.  However, its important to note that she is a supergirl no matter what she does, even if its laying on the futon most of the day. 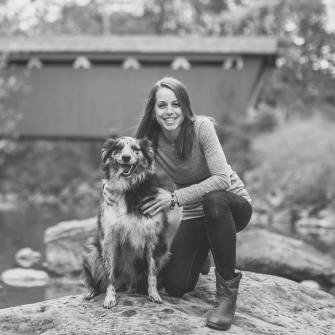 Ray is a self-proclaimed adventure seeker and writer. She is a daughter of Mother Nature, as well to two great parents and a stepdad in Ohio and a sibling to two beautiful sisters, one now deceased. Ray is a graduate of Naropa University’s Transpersonal Wilderness Therapy program where she earned her M.A. in Clinical Mental Health Counseling in 2019.  Later that year, she opened her private practice, Wanderlust Counseling.  She is owned by her dog, Pacer.

Ray would also like to note how weird it is to write about herself in 3rd person.

Ray and Pacer currently reside in a Yurt on the northwestern edge of the Sangre de Cristo. mountains in Colorado.

Now that the formalities are out of the way, we can get down to the nitty-gritty and talk about what is real…

Pacer and I have been through a lot together: several moves, heartbreaks, the passing of my older sister from cancer in 2020, and our own personal issues.

As for me, I’ve had my share of mental health challenges, from depression to body image issues to insecure attachments. I’ve shed a lot of tears in Pacer’s black, white and grey (blue) fur.

Pacer, on the other hand, has had her share of behavioral issues. According to our last trainer, she is a “sensitive” girl (re: reactive and protective of her heard).  I feel blessed she ended up in my lap as we live a quiet lifestyle where I can protect her, too. And also because she is my daily teacher and spiritual guide.

I truly believe fate put us together. I love her not despite but in spite of her issues, and I assume she loves me in spite of mine (though the treats might help).  In the end, we have saved each other.